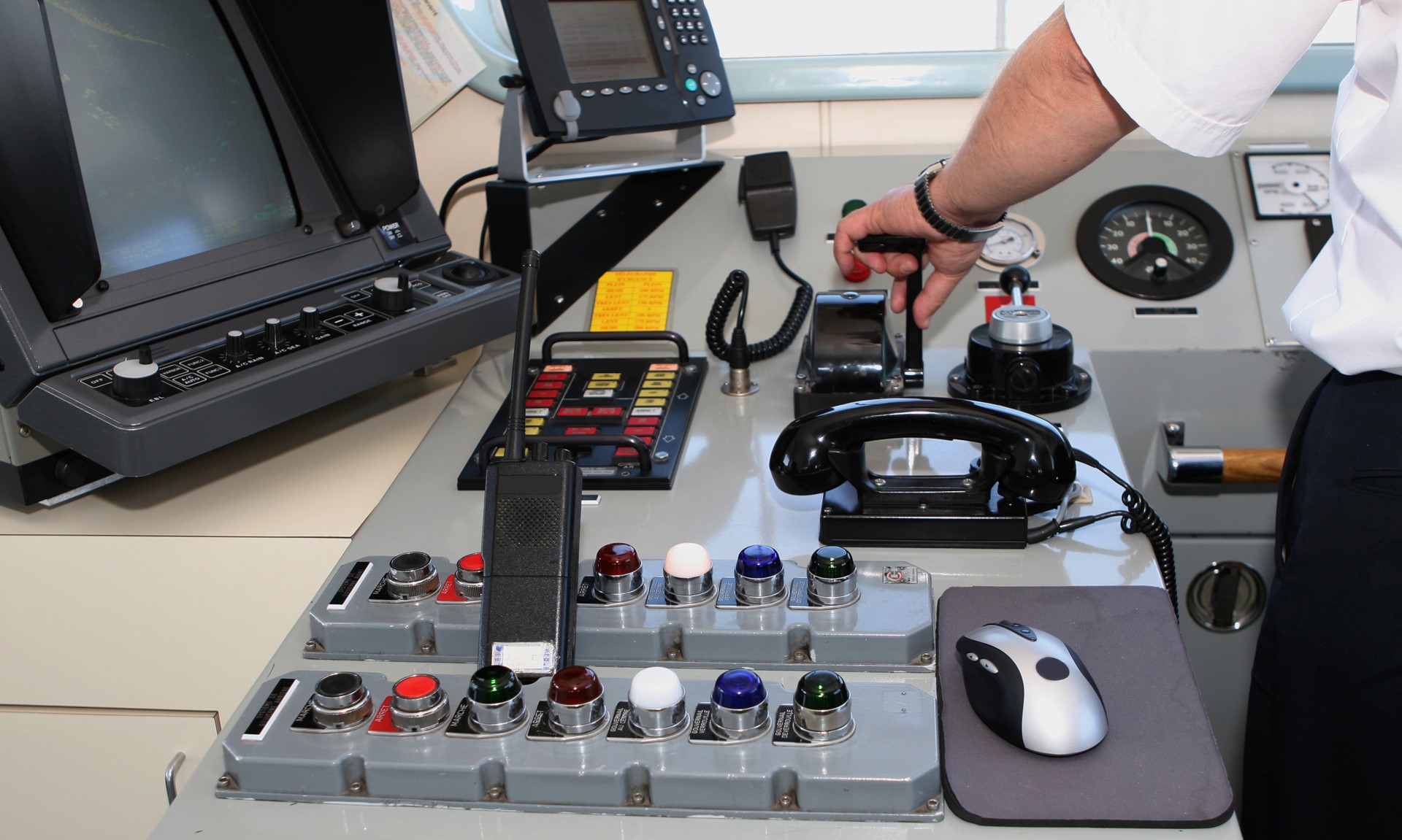 Manoeuvring in restricted waters is a hazardous operation, where the full availability of a vessel’s propulsion, steering, and mooring equipment is essential.

There are many examples of these important components becoming unavailable precisely when they are required, either through malfunction or misoperation. The result is often catastrophic, with groundings, collisions and allisions a common outcome.

By the very nature of navigating in restricted waters, there is little margin for error. Time is of the essence, and a vessels crew must be ready to take immediate actions if a problem occurs.

The following notes provide some guidance and discussion points to help identify problems early and allow mitigating actions to be taken.

This note is not intended to be a substitute for any local regulations (for example when entering U.S. navigable waters1), which must always be strictly followed.

SOLAS provides clear instruction2 on the testing of a vessels steering gear system prior to departure from port. Companies should prepare ship-specific checklists and record sheets to ensure that all components are tested properly prior to departure.

A new member of the bridge team should be shown the various operating modes of the steering system, in order that they can feel confident in completing pre-departure testing.

The steering system must always be ready to be taken under manual control. For example, when entering an area with a high concentration of traffic.

To ensure availability, we recommend that the manual steering control is tested at least once per day, with this test recorded in the bridge logbook. This test need not be excessive, it can be as simple as switching to manual control and confirming that helm controls are functioning both to port and starboard side. Manual steering may be required at any time during navigation.

It is advised that when entering higher risk areas of navigation, for example on approach to port, that manual steering is engaged, and more than one power unit is in operation (if design allows simultaneous operation). The position of engaging manual steering can be predicted and included in the voyage planning. We recommend marking this on the navigation chart in use, to prevent any delay. The position of changeover should allow sufficient time to confirm the steering gear is working properly before reaching any point of no-return.

It is a good habit to regularly view the rudder angle indicator and confirm the rudder is moving as expected, particularly when in manual control and when large helm orders are being issued.

It is very important to fully test the steering gear system after any invasive maintenance on the main components. Any anomalies should be fully investigated and either clarified or remedied before continuing.

Testing of the emergency steering system should be undertaken at least every 3 months and recorded in the official logbook. We would also recommend conducting this training after a large number of personnel changes onboard.

There are so many different types of propulsion and manufacturers that it is impossible to know every operating function or mode. Bridge staff should therefore make it a priority upon joining a ship, to ensure that the system onboard is known and understood.

It is imperative for bridge officers to locate and understand how to operate the main engine/propulsion emergency stop. They should also become familiar with the engine room alarm repeater panel and propeller RPM indicator. Developing an understanding of what is normal, will help provide early warning of any potential problems and allow the watchkeepers to react accordingly.

It should be clearly understood by the bridge officers where control of the main propulsion is at all times. Generally, on passage, control should be on the bridge and the indicator that confirms this should be clearly identified. On ships where a bridge wing controller or other operating station is available, the changeover procedure must be well understood.

Experience has shown that errors in changing over the control position has resulted in many incidents. The requirements of the system should be known and explained to all concerned. It is good practice to post the procedure adjacent to each control position, and once control has been assumed by an operator, this must be confirmed by testing.

Operators should be alert to any reverting of control or error indications. Simple points like ensuring indicator lamps are working or are illuminated in an adverse light environment must be checked.

Main propulsion should be tested to the maximum extent possible prior to departure. This should be adjusted depending upon the vessels trade and the frequency of manoeuvring.

The main engine telegraph should be tested in coordination with engine room staff, and if controllable pitch propellers are fitted, a check of the pitch angle being followed-up should be conducted.

On many conventional vessels, the turning of propellers must only be done once the stern area has been visually confirmed clear of obstructions.

Mooring lines must be confirmed clear of the water before starting adjacent propellers and/or thrusters.

Testing of the main engine on passage is not normally desirable nor routinely conducted. This highlights the importance of the crew having confidence in the engine availability prior to changes in operating mode.

We recommend that before entering restricted waters that the main propulsion is confirmed as being able to run astern. Again, the position of proving astern movement can be predicted as part of the voyage planning and clearly marked, potentially at the same location as the main propulsion is placed on standby.

Engine room staff should be fully capable of taking local manoeuvring control of the main propulsion, both from the control room and at the local engine position. This should be tested monthly.

Anchors should be cleared away and ready for use where navigation rules allow and where water depth makes the use of anchors feasible. Many delays have occurred due to anchors being released in a panic before all securing arrangements had been removed.

Being ready for use, means that the anchor can be released quickly. As necessary, personnel must be present and in contact with the navigating bridge.

We would not recommend singling up or letting go moorings until the main engine is on standby and vessel is ready to manoeuvre.

As moorings are let go from shore, the priority is to recover them clear of the water as soon as possible. This should be positively communicated to the bridge as necessary.

When approaching a berth, it makes sense to have mooring lines laid out to the relevant fairlead in advance to allow quick deployment. The moorings must not be sent ashore without permission from the bridge.

As highlighted at the beginning of this document, there is very little time to take corrective actions when an item of manoeuvring equipment becomes unavailable. The preparation of contingency plans that are regularly discussed and tested during drills is therefore of the utmost importance.

Ships crews should be familiar with the actions to take should a system failure occur. It is recommended that bridge and engine room staff regularly review contingency plans as a team, this is a great time to ask questions and share knowledge. Many companies prepare a schedule for review of the contingency plans and record the details of this training. Where necessary the plan can be improved or updated (within your company management of change procedures).

Where a lack of contingency plan exists, this should be remedied as soon as practicable. We would recommend that as a minimum, the following are prepared in relation to this subject. 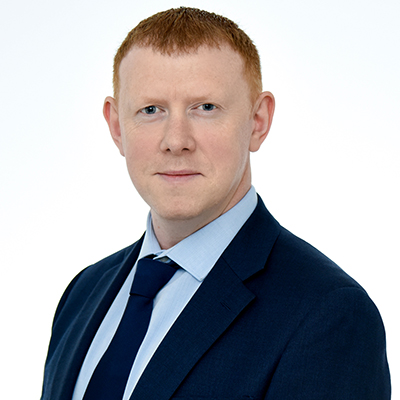 A vessel under pilotage lost steering control, resulting in a grounding. Manual steering was in use, but control was switched to another station inadvertently. The crew did not recognise the situation, and were not familiar enough with the system to regain control.

A cargo vessel made hard contact with a mooring dolphin after a loss of control from the bridge wing. The transfer of control of the vessel's propulsion was unsuccessful, as it required the propeller pitch levers to match at the time of hand over. The bridge team did not notice the command light was flashing at the bridge wing station, indicating that the hand over had not worked.

A crew transfer vessel servicing the windfarm industry recently sustained damage, including injuries to the onboard passengers when astern movement failed on approach to the landing platform. This may have been avoided if the astern movement had been proven before final approach.