There has been considerable reflection over recent years on the P&I market, the International Group of P&I Clubs (The Mutuals) and the growth in “Fixed Premium” commercial alternatives.

We have seen an extraordinary level of high-profile and high-value claims in recent years. The increasing frequency and severity of these losses should no longer be considered “one offs” but a consequence of the commercial, environmental and social landscape coupled with larger vessels carrying higher valued cargoes. The costs of incident management and wreck removal are now an anticipated direction for catastrophic events. Claims inflation is also impacting back year claims values, increasing original reserve values on open claims.

Attritional loss frequency has reduced, however  the underwriting deficit within the Clubs has grown, despite ‘general increases’ being charged over recent years. Notwithstanding, the overall premium base has remained relatively static. New, larger tonnage has replaced older ships, however the rate for the newer vessels is lower and more competitive. This reduces the rate per tonne across the book while maintaining or increasing, the overall exposure within the Club.

Covid is to blame for a proportion of the claims in respect of crew/passenger exposures. Sectors such as the cruise industry have also been hit with lay-ups, which has affected  the budgeted annual premium charged by Clubs as credits and return premiums have been given.

The question is whether the remedial actions taken at this renewal are sufficient.

Should Ship owners expect rate increases for the foreseeable future, and anticipate additional supplementary calls on back years to balance the deficit from some Clubs? All indications would suggest the answer is yes.

There are longstanding and traditional markets that have operated in this arena for many years. British Marine is the largest and most established provider of fixed premium insurance. Established in 1876 as a small craft Hull and P&I mutual that remained independent and outside of the IG, the success of the business encouraged QBE to acquire British Marine after it had demutualised the business in 2000 and has been an integral part of the QBE Marine business since 2005. We are not an agency or MGA but an insurer that drives its own underwriting and claims service in support of its insured Ship Owners, mirroring the culture of the QBE Group and that of the mutual ethos.

This is an important differentiator in the commercial fixed premium market, predominantly made up of MGA underwriting enterprises. Recently, MGA entities have struggled to write sufficient premium volume to meet operational costs, while supplying underwriting profit to capacity providers. The drive for income to create critical mass leads to significant competition. Taking on “new” business at premium values that struggle to make underwriting profit. Agency income is critical to cover running costs of the MGA, and without critical mass of business, it puts strain on the service levels provided to ship owners.

We have seen the development of fixed premium offerings from IG Group Clubs that do have the necessary financial support and infrastructure to support the early year development. However, they remain exposed to the drive for critical mass of business to protect against claims volatility, reinsurance costs and, at the same time, provide underwriting profitability.

There is also the conflict that arises between the fundamental principles of mutuality and the commercial alternative. Rate rise and the threat of additional supplementary calls are a threat to Members that cannot extricate themselves from the Club without further financial penalty due to release calls. This is not the case for those Owners insured by the Club on a fixed basis. This is a conundrum for the Club Managers, whose responsibility it is to protect the best interest of the mutual membership whom they serve.

Rate rise is inevitable to support the viability of the market, whether mutual or fixed. The fixed commercial MGA sector is more susceptible to markets withdrawing support and should be significant consideration when considering who should be entrusted with the ship owners’ long tail liability exposures. Owners that are nervous of mutuality or don’t suit the mutual model need to consider whether markets offering the cheapest rate also offer stability and professional claims and underwriting support. A considerable amount of the World’s shipping is probably not suitable for the commercial market and the Clubs are the most appropriate market.

However, for owners and managers that operate smaller, specialist vessels and may contractually need limits of $500 million to $1 billion, but are as not exposed to the same perils as larger ships, the commercial market is an appropriate and viable alternative, more so now than ever before.

*This article was first published in Tradewinds 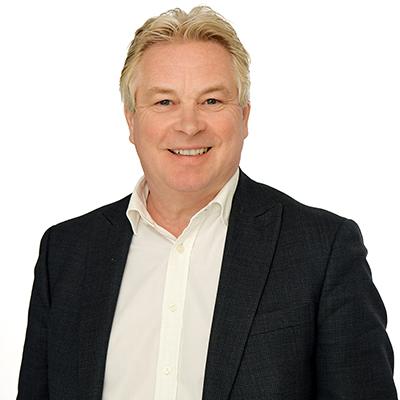